Extracts from Secrets in the Fields by Freddy Silva, published in July 2002.

During the twilight days of December 1998, small articles tucked away in the nether regions of the British press quietly announced ‘Unknown Force Was Behind Corn Circles, Claims Hoaxer’. This dramatic U-turn by the surviving member of the infamous Doug & Dave duo- who since 1991 have misled the world with tales of their crop flattening prowess with planks of wood- illustrates that the hand of man materialized in crop circle lore long after the real phenomenon manifested.

Latterday hoaxers claim that they applied boot to wheat in 1978, yet crop circles have appeared throughout the world since the early 1900s, with dozens of eyewitnesses even reporting crop circles forming in a matter of seconds as far back as 1890; several descriptive accounts were even documented in 1678 by Robert Plot, then curator of the Ashmolean. If hoaxers are responsible, then, they appear to have mastered the art of time travel, in which case it is they who should be under scientific scrutiny.

To date some 10,000 crop circles have been catalogued worldwide, and their anomalous features continue to be irreplecatable: plants bent an inch above soil and gently laid down in geometrically-precise patterns with no physical signs of damage, light burn marks at the base of stems, altered cellular structure and soil chemistry, discrepancies in background radiation, alteration of the local electromagnetic field, depletion of the local watershed, and dowsable, long-lasting energy patterns, not to mention measured effects on the human biological field. So much, then, for two guys and a piece of wood. But thanks to a virtual embargo on research coverage throughout the media, a popular myth has developed that all crop circles have been nothing more than a prank with a plank.

By definition, hoaxes are forgeries, and forgeries require originals from which to copy. So what is this ‘unknown force’ that creates genuine crop circles? One answer may lie with sound.

Echoed in all the world’s faiths and traditions, Universal matter was created by sound: ‘In the beginning was the Word, and the Word was with God’, St. John reminds us. Hopi and Navajo traditions even assert that in ancient times shamans would utter words onto sand and create patterns, a concept not dissimilar to the Hindu mandalas which are said to be expressions of the vibration of God. Consequently, the Eastern faiths- Islam in particular- chose sacred geometry to express the image of God, a technique later used in those hymns to sacred geometry, Gothic cathedrals.

Modern science now shows that these geometric rhythms lie at the centre of atomic structures. When Andrew Gladzewski carried out research into atomic patterns, plants, crystals and harmonics in music he concluded that atoms are harmonic resonators, proving that physical reality is actually governed by geometric arrays based on sound frequencies. Even that primeval Hindu sound, the OM, from which is derived our modern term ‘hum’, when sung into a tonoscope produces the very geometric shapes attributed with ‘sacredness’. Perhaps the most important of these shapes is the hexagon, upon which the Egyptian matrix named the Flower of Life is based. This series of outwardly-rotating divisions of the circle accommodate the branches of the building blocks of life, the amino acids. This Flower of Life has subsequently manifested as a crop circle.

As the expression of number in space, geometry is inextricably linked to music since the laws of the former govern the mathematical intervals that make up the notes in the western music scale- the diatonic ratios- hence why the ancient Egyptians referred to geometry as frozen music.

In the February 1992 edition of Science News, Prof. Gerald Hawkins used the principles of Euclidean geometry to prove that four theorems can be derived from the relationships of elements in crop circles. More significantly, he discovered a fifth theorem from which he could derive the other four. Despite an open challenge, over half a million subscribers have been unable to create such a theorem, which Euclid himself only hinted at twenty-three centuries earlier in his thirteen treatises on mathematics. So it came as a slight surprise when its equilateral version materialized as 160,000 sq. ft. of flattened barley at Litchfield, Hampshire, in 1995.

Since Hawkins’ Euclidean theorems also produce diatonic ratios, a link exists between crop circles and musical notes, themselves the by-product of the harmonic laws of sound frequency. Soon, crop circles bearing unmistakable associations with sound then began to appear. One contained a curious ratchet feature from which is constructed a musical diagram also dating to the Egyptians, the Lambdoma. Also known as the Pythagorean Table, it defines the exact relationships between musical harmonics and mathematical ratios.

In 1996 another crop circle demonstrated the combination of two important figures: the 3-4-5 triangle and the Golden Mean, producing the geometric diagram necessary to produce musical ratios. But it was a convincing formation at Goodwood Clatford- which had its plants bent six inches from the top- that gave the proverbial nod to sound, for here was a representation of a cymatic pattern etched in 5000 sq ft of barley.

Cymatics is the study of vibrational wave patterns. One of its earliest pupils was Margaret Watts-Hughes who, in 1891, captured precise geometric patterns on film as she sang sustained notes into a device containing lycopodium powder. But it would be another seventy six years before Swiss scientist Hans Jenny published the first of his painstaking studies on the transmission of sound through physical mediums, this time in the shape of monitored electronic frequencies.

He observed how sound vibration created geometric shapes- a low frequency produced a simple circle encompassed by rings, whereas a higher frequency increased the number of concentric rings around a central circle. As the frequencies rose so, too, did the complexity of shapes, to the point where tetrahedrons, mandalas and other sacred forms could be discerned. Like Margaret before him, Jenny enabled humanity to observe ‘frozen music’. 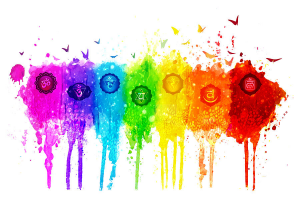 Unlock the healing power of your voice and magnetize your potential! Download your free ebook and video series today. 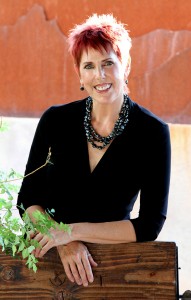 Join Tryshe in an intimate and personalized container to activate the power of your voice and explore the boundless creative potential of sound. 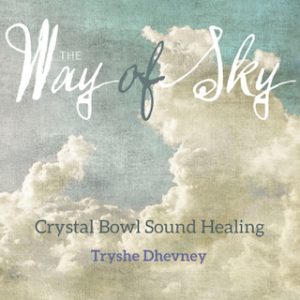 Discover Tryshe’s latest album, “The Way of Sky: Crystal Bowl Sound Healing,” and explore all of her critically acclaimed music.